Test consists of a single thread inserting about 800 MB worth of documents then fetching them back. Under rc1 significant pauses would be observed during the inserts; rc2 has eliminated the pauses during inserts, but at the expense of comparable pauses during the fetches.

For comparison here is the same test on rc1:

Profile was obtained by increasing memory_page_max to 1GB to move all the pauses to a single long pause as the 1GB page is evicted, and then sampling periodically with gdb. The eviction shows up as a pause between the first query and the getmores from the app, coinciding with pages being written, marked by blue lines below. The gdb samples coinciding with this interval show that the eviction is occuring in __wt_btcur_reset called from WiredTigerSession::releaseCursor during the traversal of the collection. 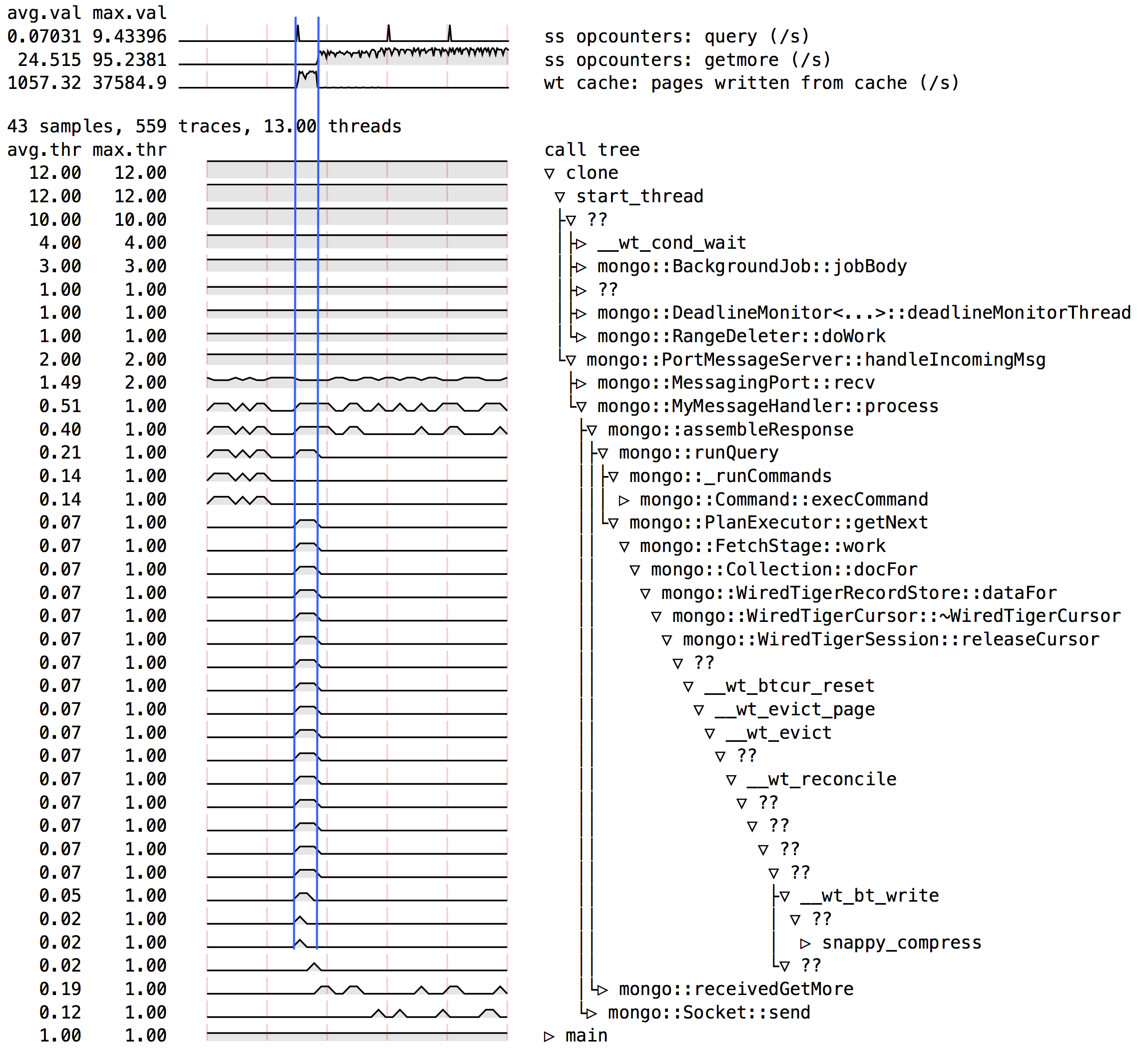 SERVER-16269 WiredTiger blocks queries and updates for many seconds.