After eliminating the impact of markThreadIdle (see ) we see some additional issues with the adaptive service executor. These appear to be related so covering both for now in one ticket. 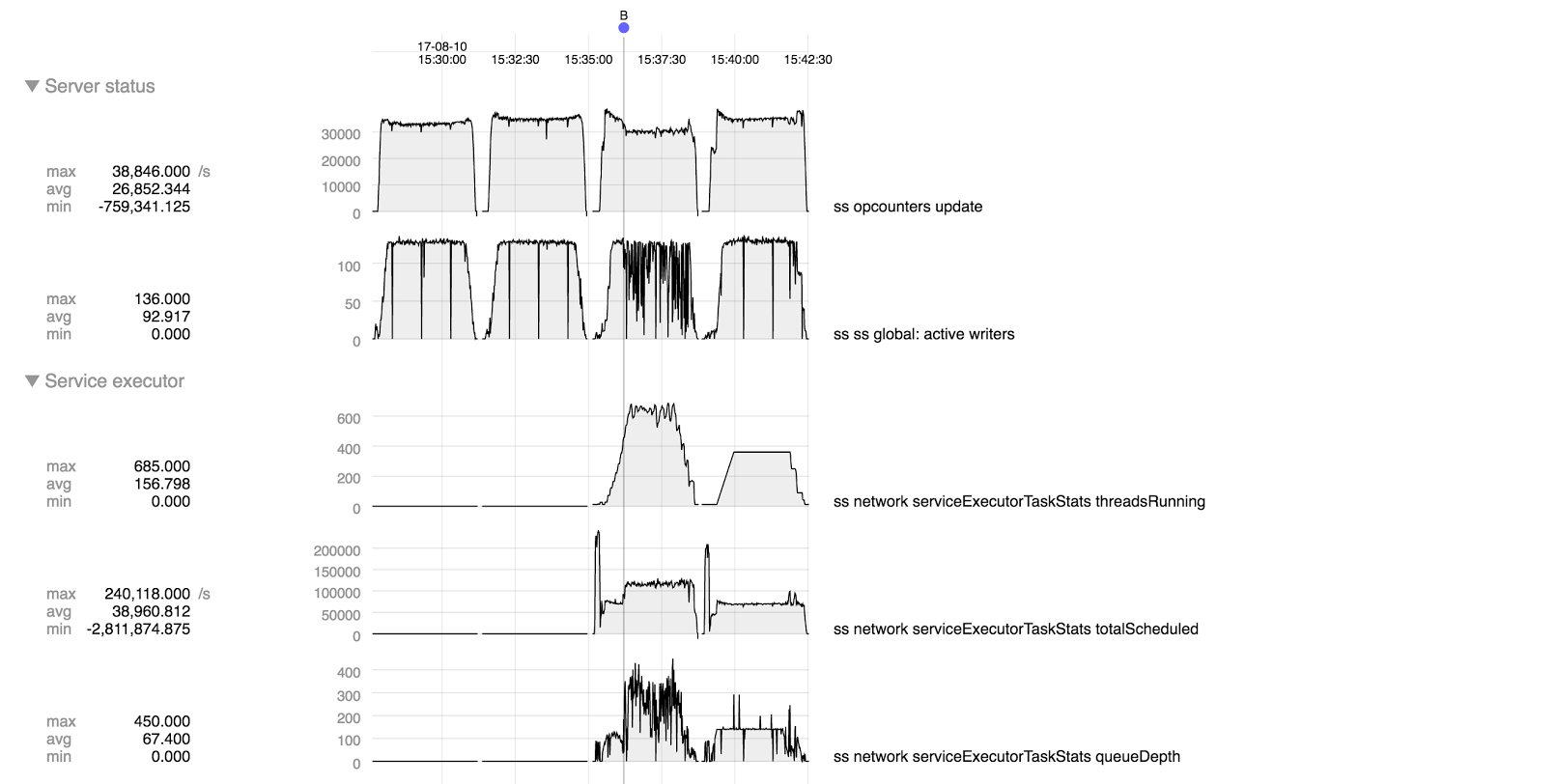 The four runs are

My suspicion is that the unnecessary calls to schedule were fooling the adaptive executor into thinking it needed more threads than it actually did.

Test runs above had one 24-cpu machine for mongod and another for the java client.