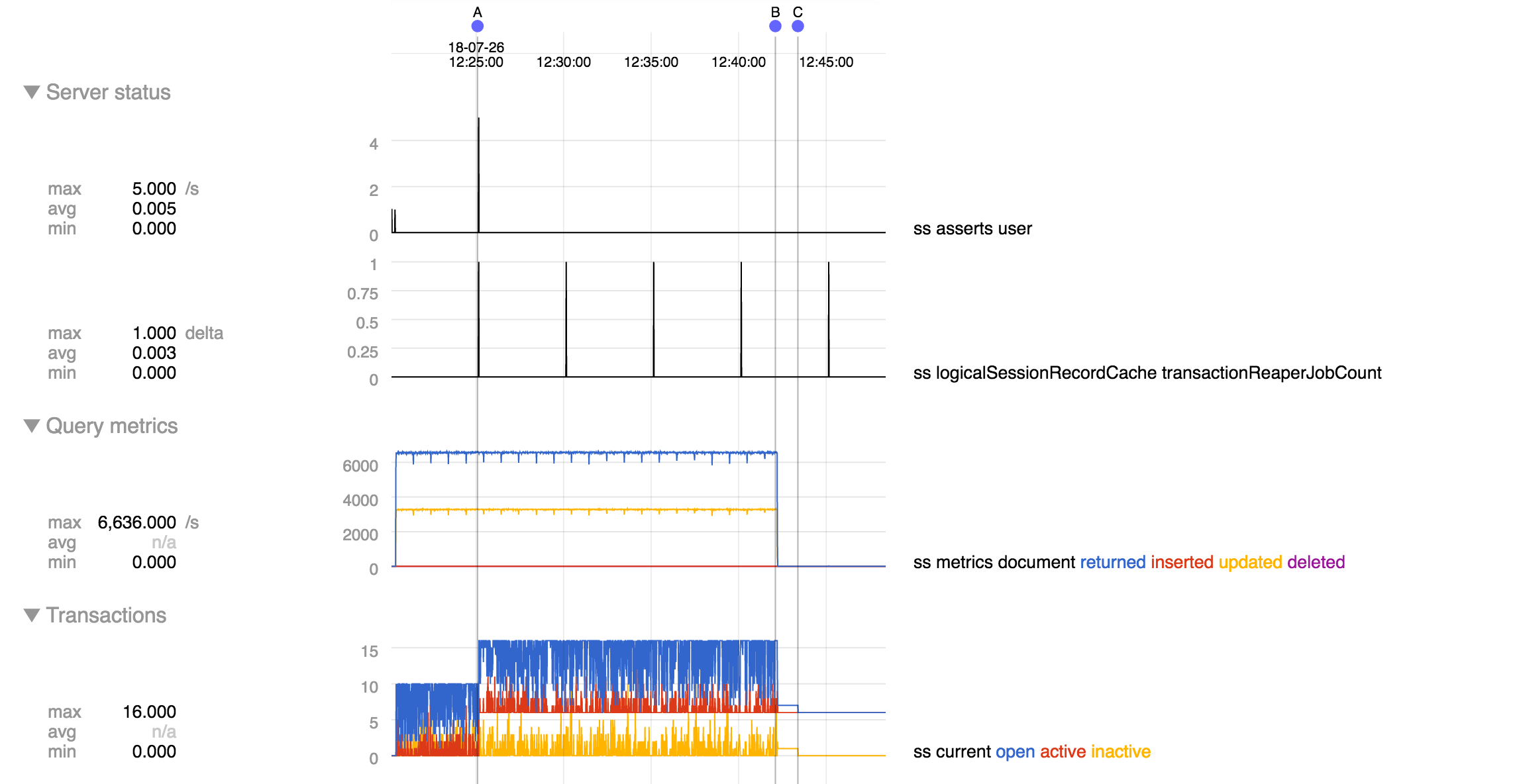 At A 6 of the 10 threads got a TransientTransactionError, apparently (based on timing in chart above) because the in-progress transaction reaper job prevented them from acquiring a lock within 5ms:

The 10 threads continue, but the open and active counters are now stuck ranging from 6-16 instead of 0-10. Apparently the counters have not been decremented on the error.

At B I killed the mongo shell. It appears there was still one transaction open at that point because open is 7 and inactive is 1. At C after that transaction times out we remain stuck indefinitely with open at 6 and active at 6.