Test consists of 500 threads doing secondaryPreferred reads as fast as possible against a single shard cluster. In the chart below the queries before A are from the primary for reference, after A are secondaryPreferred. 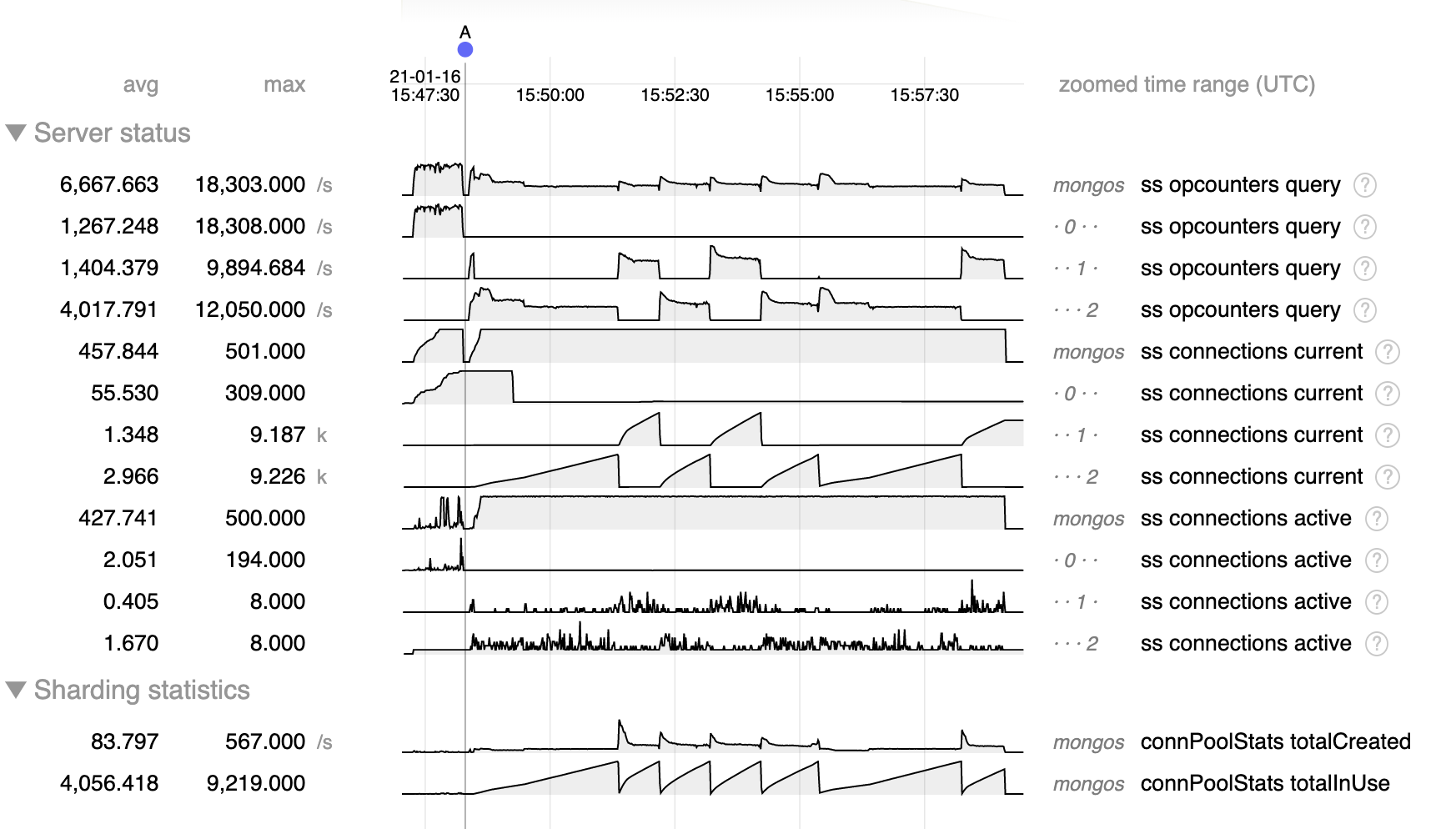