We converted one secondary to 2.8.0-rc5 at approximately 16:00 UTC on 2015-01-016. The throughput observed during the "oplog catch-up" phases of the initial sync was truly impressive!

The secondary continued to perform as expected until 2015-01-17 at approximately 11:00 UTC. At this point it seems that the throughput of the secondary dropped enough that it can no longer keep up with the 2.6.5 primary. The replication lag is increasing steadily, but in a linear fashion. Thus, the throughput dropped to X% of the primary load, but that X% has been holding steady since 11:00 - X does not seem to be decreasing.

There is nothing obvious in the logs (will attach anyway) other than a gradual increase in the frequency of "serverStatus was very slow" messages. serverStatus appears to be slow in the oplog phase. (Presumably, this is symptom, not cause, but mentioning anyway). 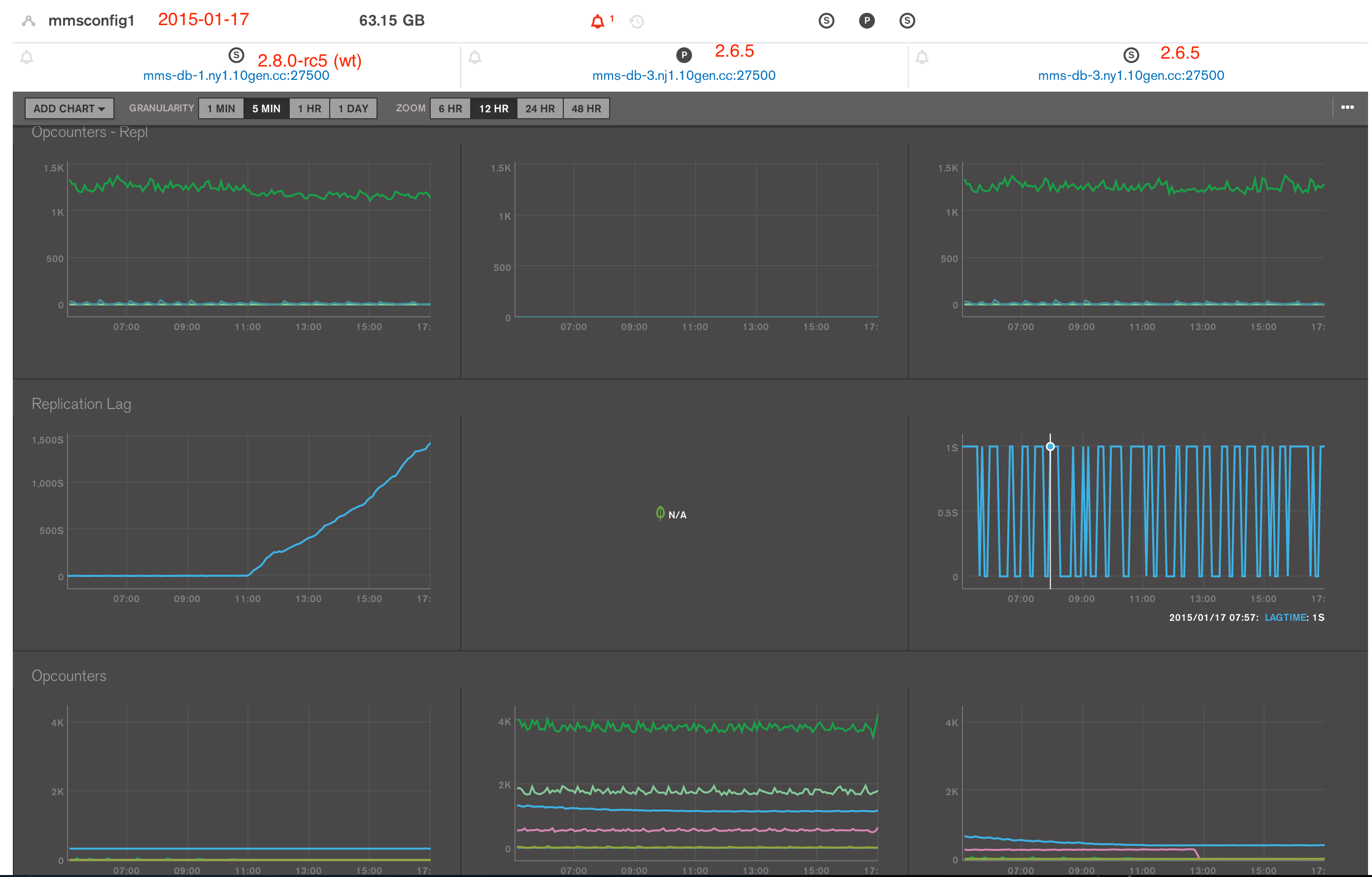