Call stack data was obtained by using perf to monitor calls to all tmalloc entry points. Here's a partially expanded reversed call tree for a shorter run up to 449 MB bytes allocated by WT. Timeline shows currently active memory (i.e. accounting for both allcoate and free) charged to each call site over the course of the run. Read max bytes active throughout the run for each call site from the "max.MB" column. Full call tree attached as well. 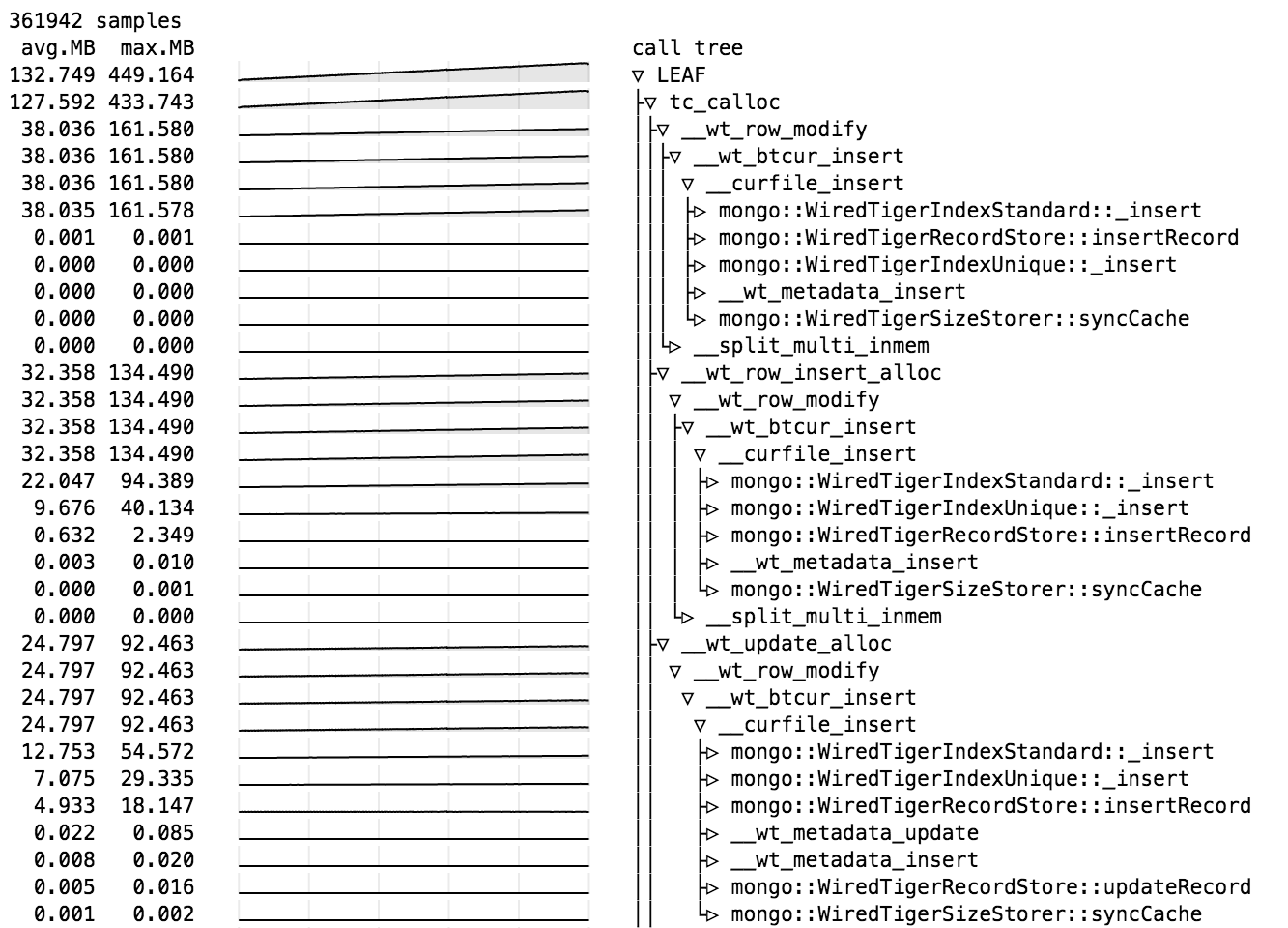