The Windows Heap is implemented in user-space as part of kernel32.dll. It divides the heap into two portions:

When WiredTiger needs to make many allocations >= 16KB performance on Windows will to suffer once the WT cache fills up. This is easily triggered by workloads with large documents.
The solution we're pursuing is to use tc_malloc in place of the system allocator for WT on windows.
See below for more details and the original bug report.

During the second half of the run there are significant periods when all 10 threads are waiting for the oplog deleter thread to reduce the size of the oplog:

The oplog deleter thread is held up by significant contention in the allocator, in 3 different places: 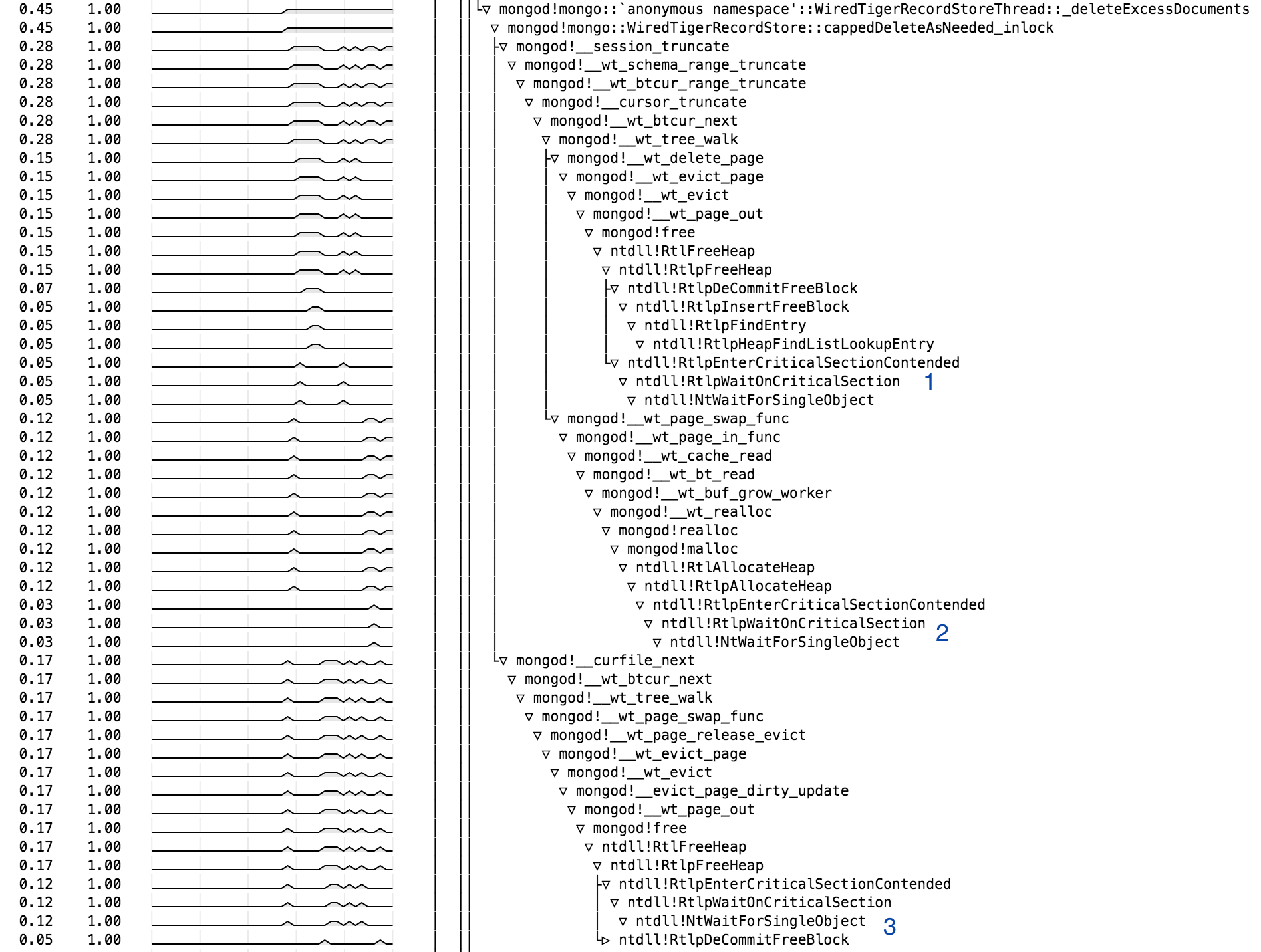 A primary source of contention seems to be the getmore that is tailing the oplog, which explains why a 2-node replica set is worse. Note that the oplog tail getmore is having to page in the entries even though they are brand new, which explains why it generates contention, but that seems non-optimal in itself, independent of the allocator issues.

Then run 10 threads of the following, which runs twice as long as it takes for the oplog to fill in order to generate a good comparison.